Nelson Worley of Osawatomie, is the new Millionaire from Kansas Lottery. The $1 million Powerball ticket sold him by the Casey`s General Store 1977, located at 400 sixth street in Osawatomie.

The jackpot was $141 million, but Worley matched the first five numbers but not the Powerball number and won $1,000,000! No one matched all six powerball numbers to take home the $141 million jackpot check. Now the jackpot rolled over and is an amazing $166 million for the next drawing!

Worley said he is not complaining about winning just $1 million. “It’s his good karma coming back to him,” said Shannon, Worley’s wife. Worley and his wife have five children and one grandchild between them. He runs a stucco contracting business in Osawatomie. Worley was clinically dead a year and a half ago after going into cardiac arrest. The Worleys plan to use their prize money to pay off their house, buy a swing set and make some investments. 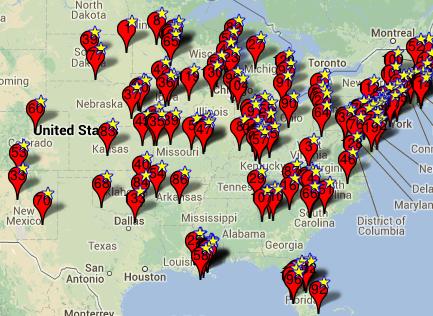