The second largest mega million jackpots ticket of about $636 million in U.S. history was won by two person. One is from California and second one from Georgia. The cash option prize is currently estimated at $341.2 million.
The Mega Millions winning numbers are 8,14,17,20,39 the Mega Ball number is 7 and the Megaplier is 4X.

Two people have matched the winning numbers in Tuesday night’s $636 million Mega Millions jackpot. One winning ticket was sold in Atlanta at Gateway Newstand on Lenox Road, and the other was sold in California at Jenny’s Gift Shop, located at 1818 Tully Road, according to California Lottery spokesman Russ Lopez. Lottery officials said Nguyen would receive a prize of about $1 million for selling the winning ticket. 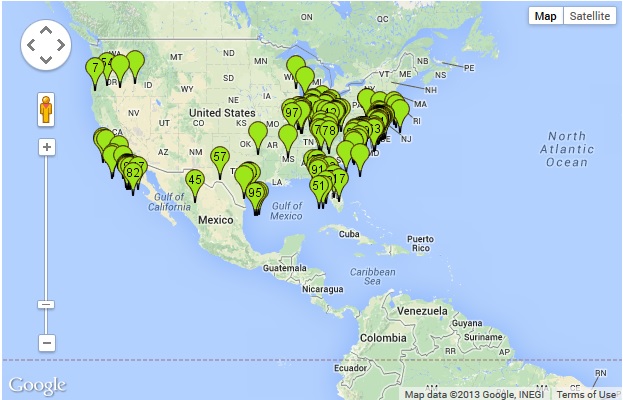 The largest lottery jackpot in U.S. history, $656 million in the Mega Millions, was split among winners in Maryland, Kansas and Illinois last year. Tuesday’s $636 million jackpot ranks as the second-largest, lottery officials said.
Mega Millions changed its rules in October to help increase the jackpots by lowering the odds of winning the top prize. That means the chances of winning the jackpot are now about 1 in 259 million. It used to be about 1 in 176 million, nearly the same odds of winning a Powerball jackpot.
The jackpot now resets to $15 million for the next drawing, which is on Friday night.