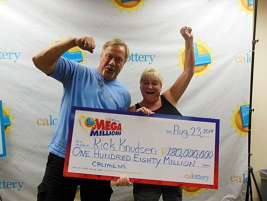 Rick Knudsen with his wife accepting the $180 million check.

A 53-years old Rick Knudsen has been turned into a mega millionaire of the August 22 draw at Fantasy Springs Resort Casino in Indio. It shows second big jackpot winner this year, following a $30 million prize won in Los Angeles on April 4, according to a Mega Millions release. He was the only person in the country to match all six numbers to win $180 million on August 22.
The winning ticket was sold at a 7-Eleven store, 301 County Line Road in Calimesa, west of Los Angeles, California. The owners receive a $900,000 retailer bonus just for selling the ticket. After 35 years in the roofing business, Knudsen has decided to take the cash option lump sum amount of $107 million before federal taxes.
The Mega Millions winning numbers for August,22 2014 are 05, 31, 34, 41, 74. The Mega Ball number is 03. The Megaplier number is 5. 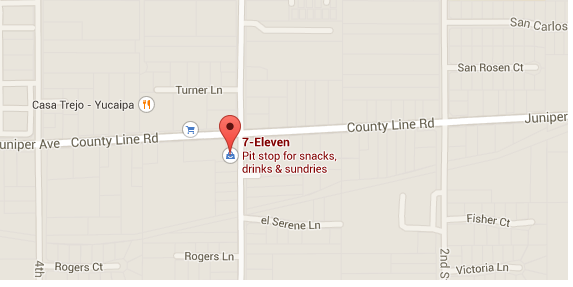