An east Tennessee lottery player from volunteer state has won big in the small town of Harriman. According to officials with the Tennessee Lottery, the state “scored a double-whammy” with two winners in Saturday night’s Powerball drawing. The Tennessee Lottery announced today that a $50 million winning Powerball ticket was purchased at Rocky Top Market, 1811 Roane Street, in Harriman, the winner matched all six numbers drawn. The retailer location will receive $25,000 for selling the winning jackpot ticket.
A second ticket worth $2 million was purchased In the West Tennessee town of Hohenwald, at Nick & Bubba’s Beer & Bait, 281 Summertown Hohenwald in Lewis County. The ticket matched five of the six numbers worth $1 million, but the player added the “Power Play” option, doubling the win. That retailer will receive $5,000.
Location where winning ticket sold revealed, winner still a mystery. Information about the winners won’t be known or released until the prizes are claimed. Each winner has 180 days from the date of the drawing to claim the prize.
This is the third largest prize in Tennessee Lottery history and the second Powerball jackpot win in Tennessee during the past year. (A Knoxville man won a $259.8 million jackpot in June 2014.)
The next Powerball drawing is March 25, 2015. The jackpot will be $40 million. The cash option is $26 million.
Powerball winning numbers for Saturday, March 21, 2015 are 11, 16, 30, 38, 42. The Powerball number is 07. 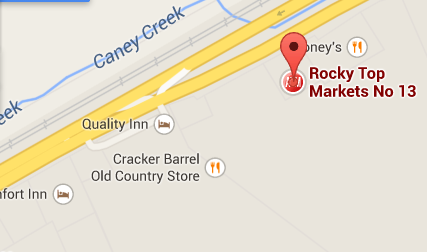