A very lucky suburban Phoenix woman who has Powerball ticket that matched all the winning numbers for top prize of nearly $188 million in the multi-state Powerball lottery drawn this month has quietly claimed, an Arizona lottery official said Wednesday.
Maria Herrera of Glendale walked into lottery offices with the winning ticket last week and took the lump sum cash payment of $119,993,157 before taxes for matching all six numbers in the June 3 drawing, said lottery spokeswoman Cindy Esquer. she bought the winning ticket for June 3rd jackpot at a QuikTrip gas station in Glendale, near 43rd Avenue and Union Hills which will receive a $25,000 commission. The Powerball jackpot had been building since April 22. It is the largest Powerball win in Arizona since the 2012 jackpot of $587.5 million.
Arizona lawmakers earlier this year approved a bill that shields the identities of lottery winners for 90 days, but the law does not go into effect until next month. Herrera originally had 180 days from the June 3 date to come forward before the money would go into an unclaimed prize fund. Maria Herrera’s name was obtained through a public records request sent to the Arizona Lottery.
Powerball winning numbers for Saturday, June 03, 2015 are 6, 8, 13, 37, 40. The Powerball number is 11. 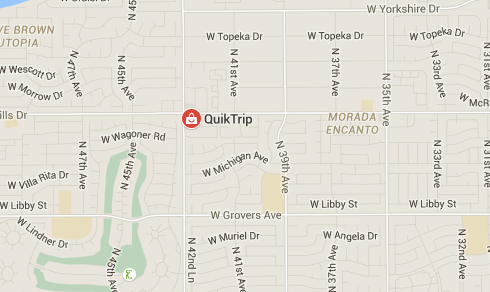