The Two Lucky Friends who bought lottery tickets together for the past twelve years, hit the Mega Millions jackpot of $262 million on Tuesday, June 2nd drawing. John Williams and Neal Logue of Blue Island are sharing the second-largest prize in Illinois Lottery history. Their $5 Mega Millions ticket matched all six numbers [02 – 09 – 11 – 22 – 23 – (12)] to win $262 millionjackpot prize. The day after the drawing, Logue called the Illinois Lottery hotline to hear the winning numbers. The friends immediately signed the back of the ticket and Logue put it in his wallet.
The Blue Island store that sold the $262 million winning Mega Millions ticket is Supermercado Imelda, 13036 South Western Avenue. The retailer received a $500,000 bonus for selling the winning ticket. This was the only ticket – among the many Mega Millions tickets purchased in 44 states, the District of Columbia and the U.S. Virgin Islands-to match all six numbers.
The June 2nd Mega Millions jackpot was originally estimated to be $260 million. Under Mega Millions rules, the actual jackpot is determined by sales, which resulted in a final jackpot of $262 million. This is the second Mega Millions jackpot win in Illinois this year. A Naperville resident won the $265 million jackpot prize in the Friday, January 16th Mega Millions drawing. That winning ticket was a Quick Pick selection purchased at Bucky’s Express, in Glendale Heights.
Mega Millions winning numbers for Tuesday, 2 June 2015 were 2, 9, 11, 22, 23. The Mega ball number is 12. The Megaplier number is 4x. 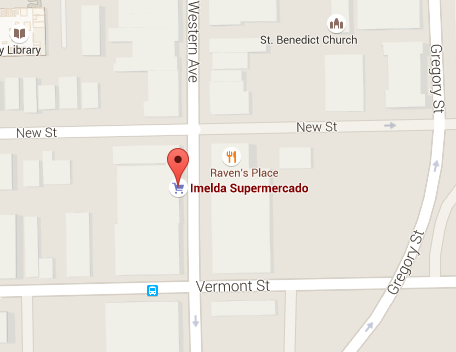