Friday the 13th was actually a lucky day again as a single ticket-holder in Ohio won the $202 million Mega Millions jackpot Friday night, matching all six numbers drawn – the white balls 17, 18, 31, 35 and 59, plus the gold Mega Ball 9. The cash value of the jackpot is $122 million. In addition to the jackpot winner, another ticket sold Ohio won $1 million by matching the five white balls; a Match 5 winning ticket was also sold in California.
The winning ticket in Friday’s Mega Millions drawing was sold at Blendon Drive Thru in Westerville, about 16 miles north of Columbus, lottery spokeswoman Sandra Neal told the Associated Press. She said she didn’t yet know the identity of the lucky person.The drive-thru also was a winner, though, receiving a $100,000 agent sales bonus. It was the third time this year the Mega Millions jackpot reached $200 million.
It is the eighth Mega Millions jackpot won this year. The jackpot had been rolling since it was last won in New York on September 11 by a group of five friends from Yonkers, who shared $106 million. The last time a jackpot was won in Ohio was on March 12, 2013.
Mega Millions winning numbers for Friday, November 13, 2015 are 17, 18, 31, 35, 59.
The Mega Ball number is 09. The Megaplier number is 05. 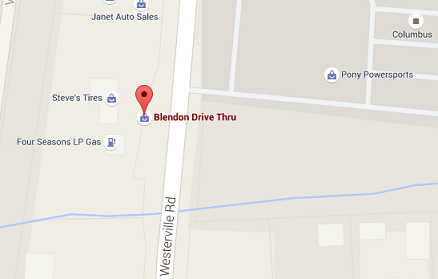