The historical and largest ever $640 million Mega Millions jackpot has been won in Kansas, Illinois and Maryland . This is the biggest ever lottery jackpot across the world. The winning numbers were 2, 4, 23, 38, 46 and the Mega Ball was 23.

Mega Millions’ largest jackpot that was won, of $390 million, was for the March 6, 2007 drawing. Two tickets, one each from Georgia and New Jersey, won; both sets of winners chose the cash option, splitting $233 million. (As noted below, interest rates change, resulting in different ratios between the cash values and annuity values of jackpots.) 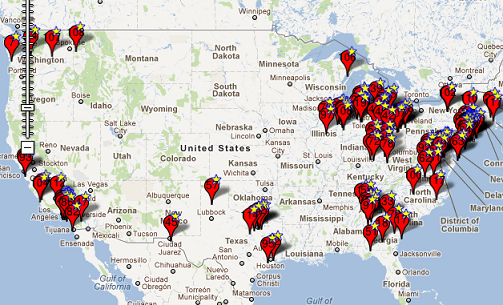