Mega Millions multistate will undergo change to create larger jackpots and more millionaires, according to the Louisiana Lottery. Key changes include a higher starting jackpot of $15 million, a new $1 million match-5 prize and better overall odds of winning any prize.  The cost of a ticket will remain at $1.

Mega Millions jackpot will increase to $15 million from $12 million with a minimum $5 million increase each time the jackpot rolls. Also, the annuity payment option for the jackpot prize will go from 26 equal installments to 30 graduated installments.

Second prize for choosing all five numbers – but not the bonus number – has  increased from $250,000 to $1 million. The prize for matching only the yellow Mega number will decrease from $2 to $1, but the overall odds of winning any prize shorten from 1 in 40 to 1 in 15.

The Mega Millions Megaplier option will also change, giving players the chance to multiply any non jackpot prize up to five times, instead of four, when they purchase Megaplier. With Megaplier, match-5 winners have the potential to increase the $1 million prize to $5 million when the $1 Megaplier option is added to their ticket and the 5X multiplier is selected during the drawing.

Under the new Mega Millions, the odds of winning any Mega Millions prize will improve to 1-in-14.71 from 1-in-40, making an estimated three times as many winners.

The overall odds of winning the game’s jackpot will change to 1-in-258.8 million from the current 1-in-175,7 million. This change is expected to lead to larger jackpot growth.

To produce these game enhancements, 19 white ball numbers will be added for a total of 75, the group of numbers in the Mega Ball pool will shrink from 46 to 15.

After the July 23 drawing, the number of advance draws available for purchase will continue to decrease by one until Oct. 18, the last Mega Millions drawing under the current game design. 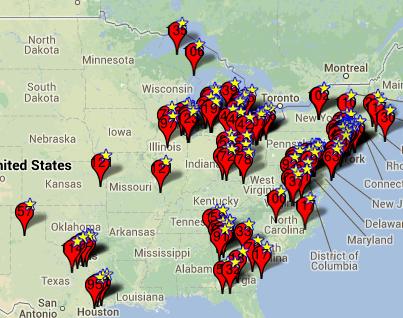