A fourth grand prize of $400 Million Powerball Jackpot was won by one person in Lexington, South Carolina.
Paula Harper Bethea, the executive director of South Carolina Lottery, says the ticket was sold at a highway gas station in that 5.8-square-mile town of 17,800.
The owner on the shop will take $50,000 as bonus for selling the ticket.
Powerball winning numbers for Wednesday, September 18, 2013 are 7, 10, 22, 32, 35. The Powerball number is 19. Next jackpot $40 Million with $22.4 Million Cash Value.

The ticket holder can claim an annuity valued at $400 million or take a annuity cash of $271 million or one time cash about $151 million after taxes.

In South Carolina there’s been a drastic increase in the number of millionaires since the adjustments were made. Since January 2012, Powerball has created16 millionaires in our state, up from three millionaires the year before.

Eight of these winners won $2 million by purchasing PowerPlay for an additional $1and matching all five white ball numbers. The others won $1 million without adding PowerPlay.

The most recent millionaire making opportunity was on Saturday when the numbers on a Powerball ticket purchased from a Publix in Columbia were drawn making the ticket worth $1 million. 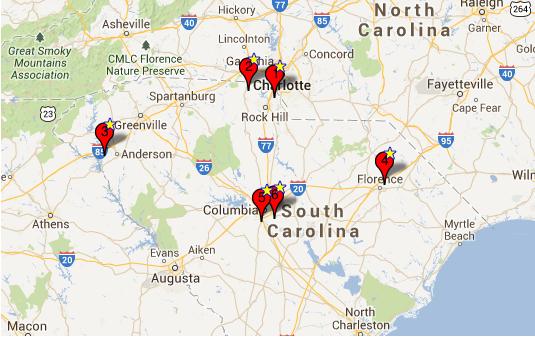