Powerball Jackpot Wins $425 Million, Ticket Sold In California.
Powerball Wednesday’s drawing the lone winning ticket for the $425 million Powerball jackpot was sold at a convenience store in central California. But there was no immediate word on who may have won one of the largest lottery jackpots in U.S. history.

The ticket was sold at Dixon Landing Chevron in Milpitas, a city about 10 miles north of San Jose said California lottery officials. The business will receive $1 million for selling the winning ticket. An employee at the Chevron store Rajwinder Singh, said late Wednesday that he believed he was probably the person who sold the winning ticket. “I’ve been here working from 8 a.m. to 8 p.m.,” he told The Associated Press. “I hope I’ll find out soon.” 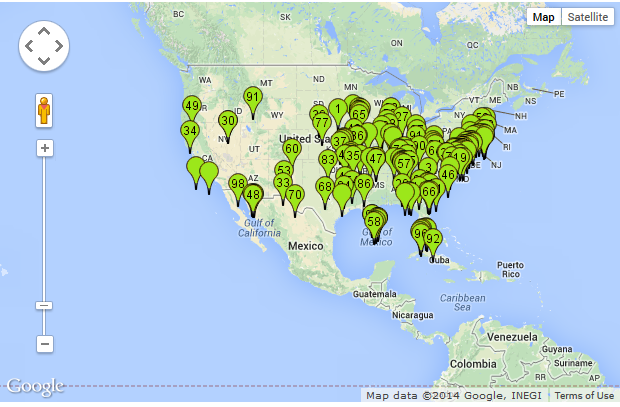 The jackpot was estimated at $425.3 million, with a cash payout option of $242.2 million. It’s one of the largest lottery jackpots in U.S. history — but still far from the record. According to a statement from Rose J. Hudson, chair of the Powerball Game Group and President of the Louisiana Lottery, Wednesday’s drawing also saw 17 tickets match enough numbers to win $1 million, and one ticket won a $2 million prize. Also Hudson said, “Here’s a bit of advice for all of those big Powerball winners: If you haven’t already, sign the back of your tickets and store them in a safe place,”