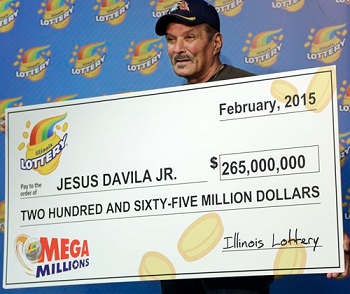 Jesus Davila Jr.,70, on Tuesday claimed the $265 million jackpot who is a retired professional driver from Naperville who served 12 years behind bars for a drug conviction is the grand prize winner of the second-largest lottery prize in Illinois Lottery history. After comparing the numbers to his ticket, he realized that all six numbers matched. He had won the jackpot. has decided to take the cash option lump sum amount of $178 million. After state and federal taxes, Davila will pocket nearly $127 million. Lottery spokeswoman Micaela Furyk said Bucky’s Express in Glendale Heights will receive $500,000 for selling the winning ticket January 16. He said he intends to share the prize with family and charity, and buy a lawn mower.