Lottery officials announced a single winning ticket for the Mega Millions drawing for July 8 had been sold in Indiana. One Lucky ticket matched all six numbers in the July 8, 2016 drawing.

Virginia Lottery spokesman John Hagerty told that ticket for Friday’s drawing was sold at a Speedway station along Interstate 70 (1589 N State Road 1) in Cambridge City, a town of about 2,000 residents 50 miles east of Indianapolis. 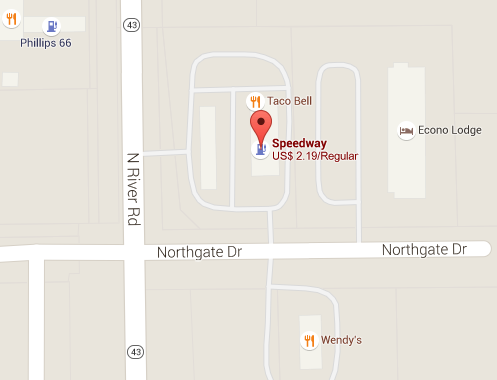 Map of The Speedway at 1589 N State Road 1 in Cambridge City, IN, where winning ticket was sold